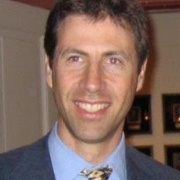 We are honored to have internationally renowned statistician Professor Peter Bühlmann, ETH, Zurich, visiting the MSU Department of Statistics and Probability as a James Francis Hannan Visiting Scholar, for the week of November 12 to 18, 2016.
James Hannan was a founding faculty member of the Department of Statistics and Probability at MSU (1953-2002). Jim published important and novel findings in statistics and game theory, and directed or co-directed twenty graduate students to their PhD’s. The James Francis Hannan Visiting Scholar Program was established to honor Jim by the generous support from his wife Bettie Hannan.
Peter Bühlmann is Professor of Mathematics and Statistics, and currently Chair of the Department of Mathematics at ETH Zurich. He studied mathematics at ETH Zurich and received his doctoral degree in 1993 from the same institution. He was a Postdoctoral Research Fellow in 1994-1995 and a Neyman Assistant Professor from 1995-1997 at UC Berkeley.
His main research interests are in high-dimensional and computational statistics, machine learning, causal inference and applications in the bio-medical field. He has guided 29 doctoral students to date. He has been a highly cited researcher in mathematics in the last several years.
Professor Bühlmann is Fellow of the Institute of Mathematical Statistics and American Statistical Association and recipient of several awards including the Winton Research Prize, London. He served as Co-Editor of the prestigious Annals of Statistics during 2010-2012.