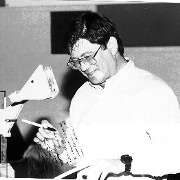 James Hannan was a founding faculty member of the Department of Statistics and Probability at MSU (1953–2002). Jim published important and novel findings in statistics and game theory, and directed or co-directed twenty graduate students to their PhD’s.
The James Francis Hannan Visiting Scholar Program was established to honor Jim by the generous support from his wife Bettie Hannan.

Dr. Bickel is one of the world’s leading statisticians. He has pioneered research in many areas of statistics, including adaptive estimation, asymptotic theory, computational biology, decision theory, machine learning, resampling methods, semi- and non-parametric modeling. He has guided more than 55 doctoral students.
Dr. Bickel’s honors and awards are numerous. He is a member of the National Academy of Sciences (NAS), the National Academy of Arts and Sciences, and the Royal Netherlands NAS. He has been past president of the Institute of Mathematical Statistics and the Bernoulli Society.
In 2006, he was appointed to the knightly grade of Commander in the Order of Oranje-Nassau by Her Majesty Queen Beatrix of The Netherlands, for his extraordinary services and professional contributions.
His current research interests have focussed on both theory and their applications, e.g. to high dimensional prediction problems in genomics, weather prediction and astronomy.
Through his scholarship and lectures around the world, Dr. Bickel continues to make profound contributions to the theory and applications of statistics.
Please join us in welcoming Peter Bickel.
– Hira Koul and PK Pathak